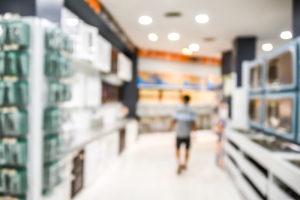 North Carolina law requires business and landowners to keep their property safe and secure from dangerous and hazardous conditions. If you suffer a personal injury because of someone’s failure to remove or protect against such a condition, you may be able to state a claim under North Carolina premises liability law.

The owner or operator of a commercial or residential property can be held legally liable for monetary damages if a lawful visitor is injured due to a hazardous condition on the property. Such damages include compensation for medical expenses, lost wages, physical and mental pain and suffering and permanent injury.  However, in order for the owner to be responsible, it had to have (1) known of the hazard, and (2) failed to take adequate steps to remove the hazard or warn of its existence. Even if the owner or operator did not have actual knowledge of the hazard, they can also be held responsible if they reasonably should have known of the hazard (“constructive knowledge”).

In the past, Maginnis Law’s head personal injury attorney, T. Shawn Howard, has handled cases in which the business created the hazard which caused a slip and fall injury. In these situations, they have actual knowledge of the hazard and are under a duty to remediate it.

In the most recent example, Mr. Howard represented a client who suffered a neck injury from a slip and fall at a chain restaurant. This injury was caused due to the restaurant mopping their floors and not putting any kind of sign out to alert their customers. Mr. Howard’s client had no chance of seeing the wet floor, due to the dimly lit dining room. She fell and suffered serious injuries that required surgical repair. The firm was able to recover a confidential settlement for the client.

Business Knew of the Hazard

In another example, Mr. Howard represented a client that slipped and fell while shopping at a large grocery store. Mr. Howard’s client was at the store buying necessities during a Hurricane. The slip was caused by leaks in the store’s roof that resulted in rainwater coming through the ceiling. The water spots in the roof were obvious and the store failed to do anything to prevent a slip or fall from happening. In this case, even though they did not create the hazard, the water spots were there to be seen. The grocery store was on constructive knowledge of the hazard given that they had been there for months. The case settled for a confidential amount prior to trial.

Representation for Slip and Falls

One of the worst assumptions many people make after falling at a big box retail store, grocery store, or other location is that the owner will take financial responsibility for their damages, including medical expenses and lost wages.  The reality is that slip and fall and trip and fall defendants often refuse to take responsibility.

The personal injury attorneys of Maginnis Law provided free consultations to those injured in slip and fall incidents and other premises liability situations.  We can help you recover fair compensation to put you back on your feet.  We offer a contingency fee agreement, so you pay no attorneys’ fees unless and until we make a recovery on your behalf.

The firm handles slip and fall and other premises liability cases throughout the state of North Carolina, including Raleigh, Durham, Cary, Chapel Hill, and the surrounding areas.

You can contact the Raleigh personal injury attorneys of Maginnis Howard at (919) 526-0450, by email at info@maginnishoward.com, or through our contact page.