North Carolina Lawsuits for Service of Alcohol to Underage Drinkers

N.C. Gen. Stat. § 18B-302 makes it unlawful for any person to sell or give alcohol to a person under the age of twenty-one (21). If an underage person is sold alcohol by a permittee of the North Carolina Alcohol Beverage Control Commission, such as a restaurant, bar, grocery store, or gas station, and thereafter causes an automobile collision, the permittee selling the alcohol can be held liable under N.C. Gen. Stat. § 18B-121. That statute currently says that:

“An aggrieved party has a claim for relief for damages against a permittee or local Alcoholic Beverage Control Board if: 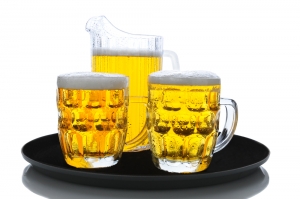 An “aggrieved party” with a claim under the statute would include, for example, a person injured by a drunk driver who was served alcohol by the permittee or the family of a person wrongfully killed in a car accident with the drunk driver. Notably, claims under this statute are currently capped at $500,000.00 for all aggrieved parties as a result of a single occurrence. See N.C. Gen. Stat. § 18B-123.

This is not a strict liability statute, meaning that it requires proof that the alcohol service was “negligent” and that the alcohol was impairing the underage driver at the time of the crash or offense causing harm. The bar can use evidence of “good practices” to rebut an argument that it was negligent in selling to the underage drinker. Unless the case settles before trial, the determination of whether the permittee (the bar, restaurant, grocery store, or other retailer who sold the alcohol) was negligent is usually going to be a question that has to be answered by a jury. This can be a fact intensive inquiry. For example, one fact that can be very important is whether the underage person was IDed and whether the identification they used showed they were above the age of 21 and whether it had their actual photo. An additional issue under the statute is whether the alcohol served by the permittee was impairing the underage person at the time of the wreck. This will be obvious in some cases but in others it may not be. In those cases, an expert toxicologist may need to be hired to examine the facts of the case and offer opinions.

Maginnis Law is experienced in handling claims involving sale of alcohol to underage persons. These inexperienced drinkers can wreak havoc on our roadways and are typically not as responsible as adults when it comes to drinking. This is why it’s critical that permittees under Chapter 18B take their responsibilities seriously. Unfortunately, though, they don’t always do that. If an automobile crash occurs as a result of permittees negligent service of alcohol to a minor, the attorneys of Maginnis Law can help. A sample of the typical language we include in any lawsuit is found below (please note this is based on the current language of the statute):

If you or a loved one have been injured as a result of the negligent sale of alcohol to a minor, the attorneys of Maginnis Law may be able to help. Our office offers free consultations and contingency fee arrangements for personal injury and wrongful death cases. To speak with our lead personal injury attorney, T. Shawn Howard, visit our contact page or call Shawn directly at 919.480.8526.