With many North Carolina families now having two working parents, reliable childcare has become a family necessity. North Carolina parents should be able to drop their children off each morning at daycare knowing that they will be safe and secure. Regrettably, this is not always the case. All too often children are injured because a negligent daycare facility or caretaker failed to pay attention or acted recklessly in some way. When this happens, you have the right as a parent to hold the caretaker and/or the employer of the caretaker responsible. In part, this means that you may recover any medical expenses resulting from the negligence. More importantly, though, you have the right to pursue a claim on behalf of your child for their harms. 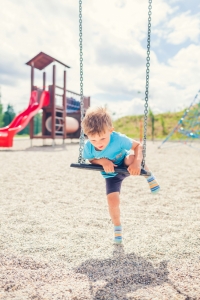 In most daycare facility negligence cases, there are different avenues of proving negligence. The first avenue is to show that a particular employee was negligent and then to establish that the employer is liable for this negligence as a matter of law. Under North Carolina’s respondeat superior laws, the employer of the caretaker will be responsible for his or her negligence, if it is proven. Proving negligence can sometimes be simpler than it sounds. Essentially, all you must prove is that the caretaker failed to act as another reasonably prudent childcare provider would have. An example would be where an employee carrying a small child drops the child, causing injury. A reasonable caretaker would take precautions to not drop the child. If the caretaker in this situation worked a daycare facility, the facility would most likely be held responsible for the negligence of its employee.

The second avenue of establishing fault in a negligent daycare case is to show that the daycare facility itself was negligent. An example might be proving that the daycare facility failed to enforce its own policies and procedures and the failure to do so proximately resulted in injury. Another example would be where the facility simply had not adopted reasonable industry standards for the protection of children and, as a result of that failure, a child was injured. One illustration of this would be where the facility was not following recommended guidelines for the number of students to caretakers. A final example of facility negligence would be where they failed to do a basic background search and hired someone whose background would indicate they should not be around children.

Ultimately, if it can be proven that your child was injured as a result of daycare’s negligence, you have the right to recover medical expenses, no matter by whom they were originally paid (although, some amount may need to be reimbursed). A claim may also be made on your child’s behalf. Your child has a right to recover compensation for their pain and suffering, loss of use of a body parent (temporarily or permanently), impairment and disfigurement/scarring. In some situations, they may also be entitled to punitive damages.

If your child has suffered injuries as a result of a negligent daycare facility the North Carolina attorneys of Maginnis Law may be able to assist. Our law firm is experienced in representing children and in handling complex negligence cases. We offer free consultations from our Raleigh office and reduced contingency fees for all claims involving minors.

To speak with Maginnis Law’s lead personal injury attorney, T. Shawn Howard, call 919.480.8526. You can also visit our contact page. The firm’s attorneys handle cases throughout North Carolina and will travel to meet with you to discuss your child’s case.