In what could cause a major overhaul in consumer contracts, the Consumer Financial Protection Bureau recently proposed a ban on the use of mandatory arbitration clauses that prevent class action cases. The CFPB’s press release concerning these arbitration agreements can be found here. To read the entirety of the proposed rule, take a day off work and review it here.

The vast majority of consumer contracts, from mortgages to credit cards to car loans, require consumers to sign contracts requiring them to handle disputes outside of the courtroom in arbitration, and prohibit consumers from pursuing their case with groups of aggrieved persons. The CFPB has estimated mandatory-arbitration clauses were included in “hundreds of millions of consumer contracts.” Case law in recent years have affirmed the validity, legality, and enforceability of such provisions, relying upon a “national policy favoring arbitration.” 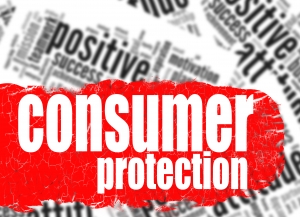 This national policy favoring arbitration has had a major impact on class actions and the benefits associated therewith, including the ability to litigate grievances in an economical fashion, the deterrence effect of class action litigation, and the transparency associated with court proceedings. With this policy change, consumers are going to gain new power to enforce their rights against banks and other large companies.

While the Dodd-Frank Act has limited arbitration agreements in contracts between consumers and securities brokers or investment advisers, the majority of financial industries have begun including arbitration agreements in most standard-form contracts. The CFPB’s proposal prohibits companies from including mandatory arbitration clauses that block groups of customers from suing. Importantly, while this is a welcome change to consumer advocates, the CFPB’s new proposal does not limit a company’s ability to include mandatory arbitration provisions for individual claims.

One thing to note is that some cases are worth pursuing even if forced into arbitration. Our firm has had successful results in arbitration dealing with unpaid wages, unfair debt collection, credit reporting, and harassing telephone calls. While the CFPB may someday preclude companies from forcing consumers into arbitration, consumers should still consider attempting to enforce their rights. Maginnis Law is willing to arbitrate cases on big business’ home court if we have to.

The attorneys at Maginnis Law, PLLC have defeated attempts by companies to enforce arbitration on a variety of grounds and have litigated cases before arbitration services such as AAA, JAMS, and NAM . To speak to an attorney about your rights as a consumer, contact our firm at 919.526.0450 or submit a confidential new case inquiry here.